As the call for papers for the upcoming Coloquio Rodolfo Lenz 2016 is open until February 22nd (the conference will be held on May 5th 2016, at the Universidad de Chile), a second look at the correspondence between Rodolfo Lenz and Hugo Schuchardt would seem to be timely and fortuitous.[1] The goal of this article, however, relates to Bachmann (2004), where a survey of the works of Rodolfo Lenz provides a sketch of his theoretical positions on linguistics – Lenz had a strong background in linguistics as practised in Germany – and an explanation of his range of works on Amerindian languages, which were influenced by his life in Chile (Bachmann 2004: 380).

While the letters from Lenz to Schuchardt were easily accessible – the Hugo Schuchardt Nachlass is preserved at the Sondersammlung of the university library in Graz – the letters from Schuchardt required a fair bit of networking: the Archivo Lenz is maintained by the Universidad Metropolitana de las Ciencias de Educación in Santiago de Chile and we had no contacts whatsoever to Chile. Luckily, through our participation in the 13th International Conference on the History of the Language Sciences, we met Darío Rojas, who kindly provided us with pictures of the letters.

With a good amount of biographical information on both linguists already available online (cf. Dannemann 2000-2001, Hurch 2007, 2007-, Maas 2010, Mücke & Sousa 2015a), we will not repeat too many details here. Rodolfo (or Rudolf) Lenz, who studied in Bonn and Berlin, was hired by the Chilean government to teach at the Instituto Pedagógico and insofar took part in the German emigration movement to Chile in the 19th century.

Our work on editing the correspondence allows us to make some remarks concerning the amount of material preserved today. The 9 pieces of correspondence kept in Santiago de Chile and in Graz were exchanged between 1892 and 1926. From these available pieces, we could deduce that some went missing. Right from the start, we could not find in the letters one passage mentioned in Lenz (1926-1927, 1928):

Lenz’s first letter to Schuchardt is a reaction to Schuchardt’s review of Wulff (1889, 1891), where Lenz’s work Zur physiologie und geschichte der palatalen (Lenz 1888) is mentioned very positively (cf. Schuchardt 1892). Lenz’s reply gives an insight into his controversial future studies (Lenz 1891, 1892, 1893a, 1893b) on the influence of the Native languages of South American on the Chilean Spanish and the connection to his earlier work:

It also becomes quite clear that Lenz saw himself as isolated and far away from the scientific centre of Europe, leading him to emphasize the importance of epistolary networking:

Their contact, apparently sporadic until 1921, intensifies only after Lenz became acquainted with Papiamentu. Still in 1921, long after his last original publication on a Creole language (cf. Schuchardt 1914), Schuchardt was seen as the academic authority on this particular matter (cf. Lenz 1926: 702). So, it should not come as a surprise that Lenz took the initiative of contacting Schuchardt soon after his arrival in Germany. In his letter from June 14th 1921, Lenz explains how he came into contact with Papiamentu.[4] During the three-weeks journey from Curaçao to Europe, Lenz gathered 50 manuscript pages with language samples, while explaining to Schuchardt the methodology he applied.[5] Natividad Sillie, the cook on board of the freighter, supplied Lenz with folk tales, folk songs and his own literary pieces in verse and prose. Moreover, Sillie also read out loud, allowing Lenz to take notes on phonetics and other topics. Strongly believing that his notes were worthy of publishing, Lenz searched for Schuchardt’s help in obtaining bibliographical references. Here begins the networking.

On June 25th 1921, replying to a piece of correspondence that was not maintained, Lenz thanked Schuchardt for the references, inquired about a possible offer of Schuchardt’s duplicates and states his opinion on Schuchardt (1914). In the postscriptum, he briefly evaluated Gatschet (1885) and stated his hope to obtain more material from Curaçao.[6] A few days later, Lenz expressed his gratitude for offer of the duplicates, stating that he will start working on Papiamentu in 1922, when he is back again in Chile.[7] From the extensive bibliography provided in his grammatical description of Papiamentu (Lenz 1928: 18-29), one can identify the list provided by Schuchardt and which books were sent to Lenz as duplicates. Also, Lenz (1928: 21-23) sets out a list of publications that he had acquired in Curaçao. These lists are of particular interest, because we were not able to locate any of Schuchardt’s collected materials on Papiamentu in the Schuchardt Nachlass in Graz. We only found two of the 25 mentioned works; the rest is neither catalogued in Weiss (31986), nor in Wolf (1993).

But why did it take Lenz so long to elaborate and publish his ground-breaking work on Papiamentu (Lenz 1928)? In the next letter one finds some hints on the obstacles. The letter dates from 1925 and came as a reply to the shipment of Schuchardt (1925). In addition to the coincidence of opinion on several topics related to language evolution and language affinity, Lenz comments that European scientific journals had been unavailable in Chile since the beginning of World War I. This means that Lenz depended on his personal library and from whatever publications he received through networking: 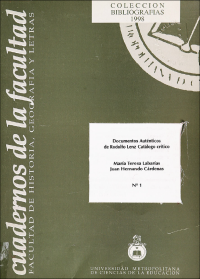 However, war was not the only socio-historical event influencing the development of science. Lenz reports that, upon his arrival in Chile in 1921, he was appointed head of the Instituto Pedagógico and, a couple of months later, during student strikes his secretary stole 10 000 pesos. This left him almost ruined and unfit to work. Even after Lenz was able to occupy himself with Papiamentu from 1923 onwards, he encountered further obstacles to the development of his research: his house underwent some sort of construction and his classes stacked up to 18 hours per week. Nonetheless, the grammar part of the monograph was almost finished. By March 1926, Lenz communicated to Schuchardt that he was hoping to publish his studies on Papiamentu in that same year, which happened after overcoming another obstacle: according to the letter of November 17th 1926, the journal Anales de la Universidad could only publish every three months due to lack of funding. This led to the partial publication of the study in seven separate articles in 1926 and 1927 in the Anales.[9] Because of that, Lenz could only send Schuchardt the first part of the grammatical description together with that letter. At this moment, Lenz expresses his alignment with Schuchardt’s theoretical stance on Creole languages, notwithstanding the fact that Schuchardt never professed in any of his articles the notion that creole languages were basically minimalist and did not exhibit traces of the substrate languages (cf. Lenz 1928: 14):

Two theoretical stances have been identified in Schuchardt’s work on creole languages – a substratist approach in the 1880s and a more universalist approach in the 1910s (cf. Gilbert 1980: 8) – but none of them really matches Lenz’s assertion. If we go back to the letter sent on April 26th 1925, we observe that Lenz confesses that his work relies on the majority of articles published by Schuchardt on the Creoles.[11] More, one could think of passages which could have led Lenz to assume that he and Schuchardt were in agreement:

One could argue that from this position a direct link can be established to Lenz’s view on Papiamentu as having a “grámatica más sencilla” (cf. Bachmann 2004: 386); a link which was made possible through – sometimes obstructed – networking.

[2] For a general introduction to the FWF funded project „Network of Knowledge“ cf. Mücke & Sousa (2015b) here on this blog at https://hiphilangsci.net/2015/05/20/hugo-schuchardt-netknowl/.

[9] Neither the articles, nor the monography could be found in the University Library of Graz.

Sousa, Silvio Moreira de and Johannes Mücke. 2016. Networking and obstacles to the development of the language sciences as reflected in the correspondence of Rodolfo Lenz and Hugo Schuchardt. History and Philosophy of the Language Sciences. https://hiphilangsci.net/2016/02/17/networking-and-the-obstacles-to-the-development-of-the-language-sciences